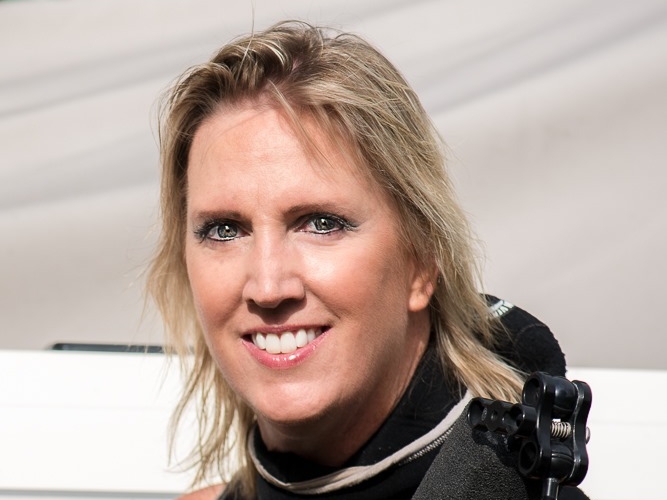 A tiny micro world of critters

The tiny micro world that makes its habitat in our living oceans contains the critters and beasties that dreams are made of. Many underwater photographers have documented the wonderful, and sometimes weird, animals that make up our amazing aquatic universe. Social media groups are filled with images of cute anemone fish, beautiful nudibranchs, and hairy frogfish just to name a few. Destinations such as Anilao, Philippines, Lembeh and Bali, Indonesia are hotspots for scuba divers who want to immerse themselves in the world of the itty bitty. At times, it seems there are just no surprises left.

Enter Romblon, Philippines.  If you think you have seen it all, then you might consider Romblon your next scuba diving destination.  This small island in the heart of the Philippines, has a resort and dive shop where the guides are trained to find the truly obscure, and find them they do!  This is a destination that not only has all the usual characters but includes a special cast that is unique, beautiful, and weird.  Romblon is home to the Melibe colemani nudibranch [image 1], an almost invisible nudibranch whose body is made up of muscle fibers and thin, clear membrane making it look like a wad of string.  Photographers will find it a delightful challenge to photograph once they discover which end has the rhinophores!

If weird isn’t your thing, you might be enchanted by the Cyerce nudibranchs, better known as the butterfly nudibranchs. These beautiful creatures resemble the wings of butterflies, and when they move, they even resemble a butterfly’s flight.  There are several species to look for, including the Nigra [image 2] and the Bourbonica [Image 3]. (Additional butterfly image, Cyerce sp. [Image 4].)

Although the Bulbonaricus pipefish are found in a few other parts of the world, they are worth mentioning.  Scientists believe there are two species in Romblon, the brauni [Image 5] and the brucei,[Image 6] although this has yet to be confirmed.  Tiny as a toothpick, these fascinating pipefish inhabit hard coral, and hide among the polyps.

Perhaps Romblon is best known as the place to see a Hippocampus severnsi or pontohi [Image 7].  These tiny pygmy seahorses are difficult to find without a guide because they don’t inhabit sea fans like other well-known pygmy seahorses do.  Instead, they roam the rocky reefs where they blend in with their environment.

Crustaceans are well documented and sought after by both the guides and photographers who visit Romblon.  Many are cryptic and tiny [Image 8], while others are bold and beautiful [Image 9].

The Three P Holiday and Dive Resort has built its reputation on the staff’s knowledge of the critters that inhabit the surrounding waters.  Family owned and operated by the Eschweiler family, the resort is named for three brothers, Peter, Phillip and Patrick.  It is the only dive resort on the island.  Decorated with beautiful marble accents, the resort reflects Romblon’s chief export.  It is both quaint and luxurious.  The resort has ten rooms, six of which are bungalows that sit along the ocean front where you can watch the sun set from your front porch [Image 10]. This all-inclusive resort has a chef on staff who prepares three gourmet meals a day, and meals are served outdoors in a beautiful covered dining area.  Other amenities include free Wi-Fi and air conditioned rooms. The resort owns enough boats to accommodate 20 divers with a 4:1 ratio of dive guides.  They offer day and night dives, including black-water dives [Image 11] and will tailor dives to guest preferences.

Image 11: Phronima from a blackwater dive in Romblon

Depending on where you are traveling from, you can book transfers through the resort.  If you are flying in to Manila Airport, you will transfer to Batangas Pier and take an overnight ferry to Romblon.  There is also an airport (TBH) on Tablas Island, with transfers by boat to the resort.

October to June is the best time to visit Romblon.  Temperatures are warm year round with water temps varying from 78-86f (26-30c).  Heavy rain and winds are possible between July and September, but diving conditions are good to excellent the rest of the year.

A Guide To Diving With Us (Draft)