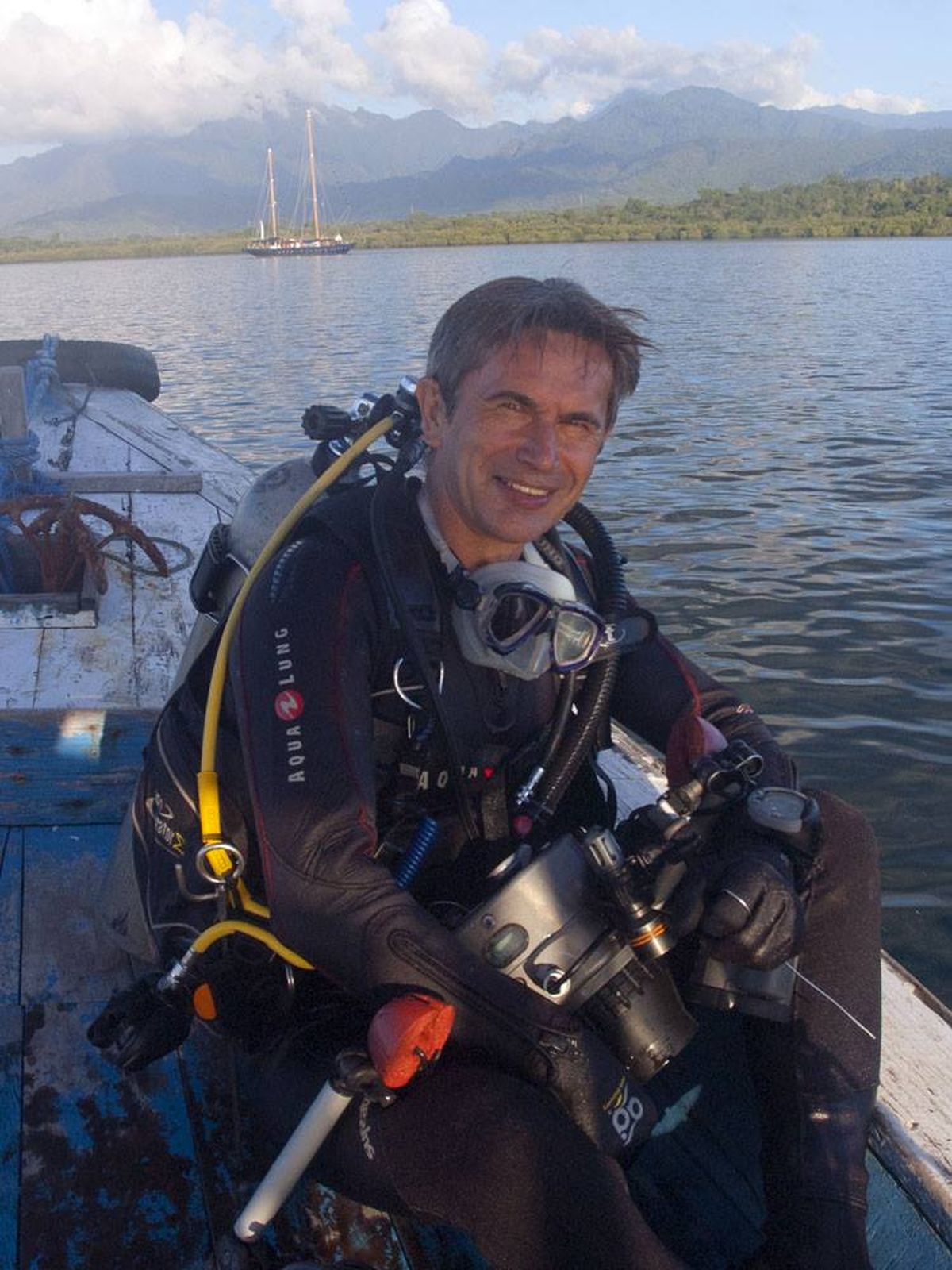 Romblon has long been given its place on the map of must-see places for underwater macro photography.

The reason for this is simple – the biodiversity of marine life. Discussions about where the richest marine life is takes place not only among divers and underwater photographers, but also among marine biologists. Where divers use subjective emotions and impressions, they use numbers. Unsurprisingly, multiple datasets show global maxima of marine biodiversity in the Indo–Malay–Philippines archipelago. Coral Triangle – great, but we need more accurate aiming. And here it is! Analyzing distribution data for several thousand species reveals a pattern of richness on a finer scale and identifies a peak of marine biodiversity in the central Philippine Islands – in the Verde Island Passage. However, the Verde Island Passage (VIP) is a massive and diverse area, and deciding where to dive can be overwhelming. It is a strait that connects several provinces, from Batangas to Romblon. 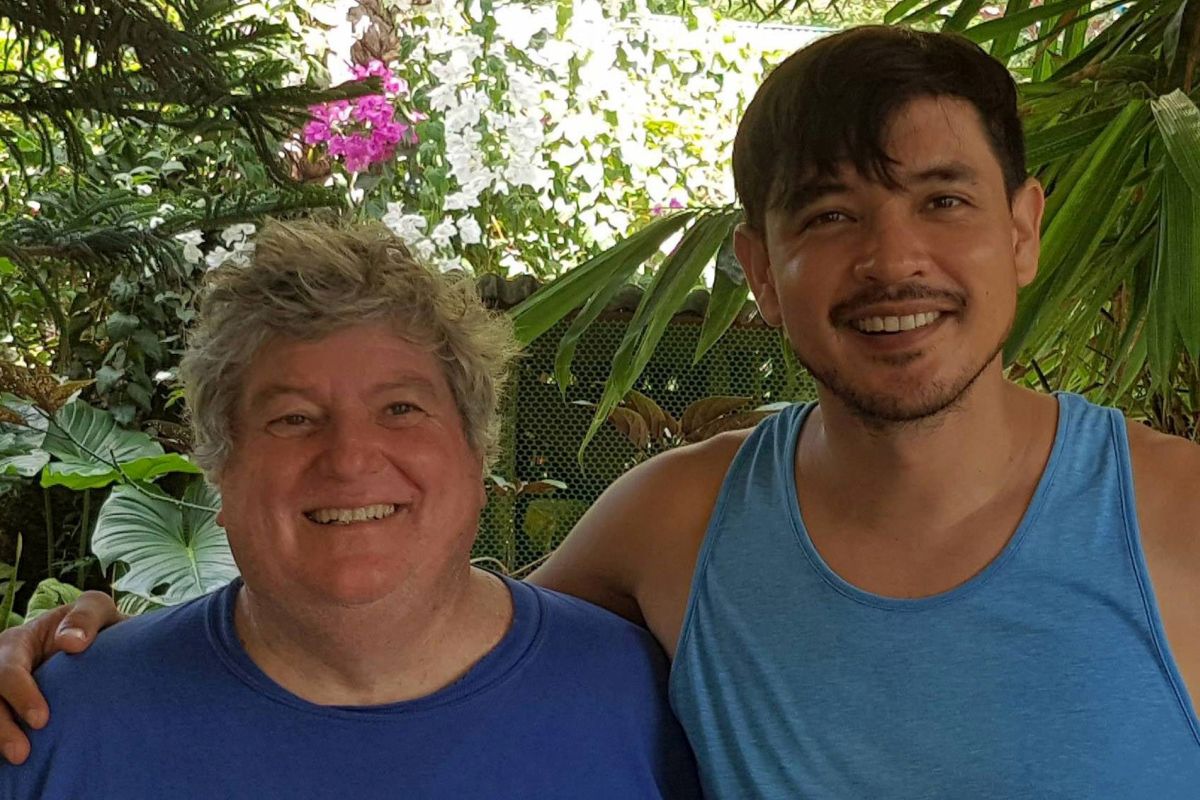 Here’s what a world renowned expert on nudibranchs Dr. Terry Gosliner said about the VIP (Verde Island Passage) region: “There are several factors that combine to create the uniqueness in this region. First of all, the area has been very geologically stable for tens of millions of years compared to other regions that have experienced far more geological upheaval. The deep water upwelling brings nutrient rich waters into the area and this is all helped by strong currents. I call this area the Apex of the Coral Triangle”. 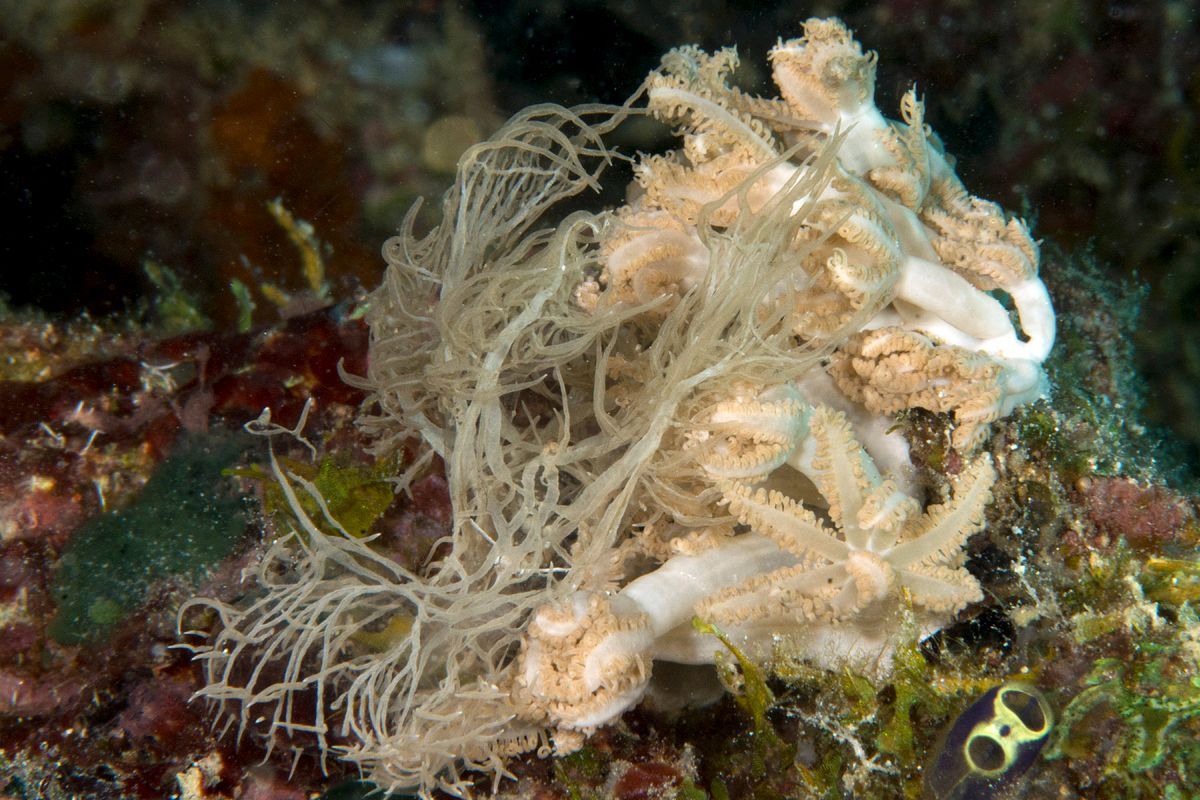 1. Melibe colemani. It was found in Romblon in 2015. Before that, she was in the collections of only a couple of dozen underwater photographers. We can say that Romblon made Melibe colemani available to the general public. 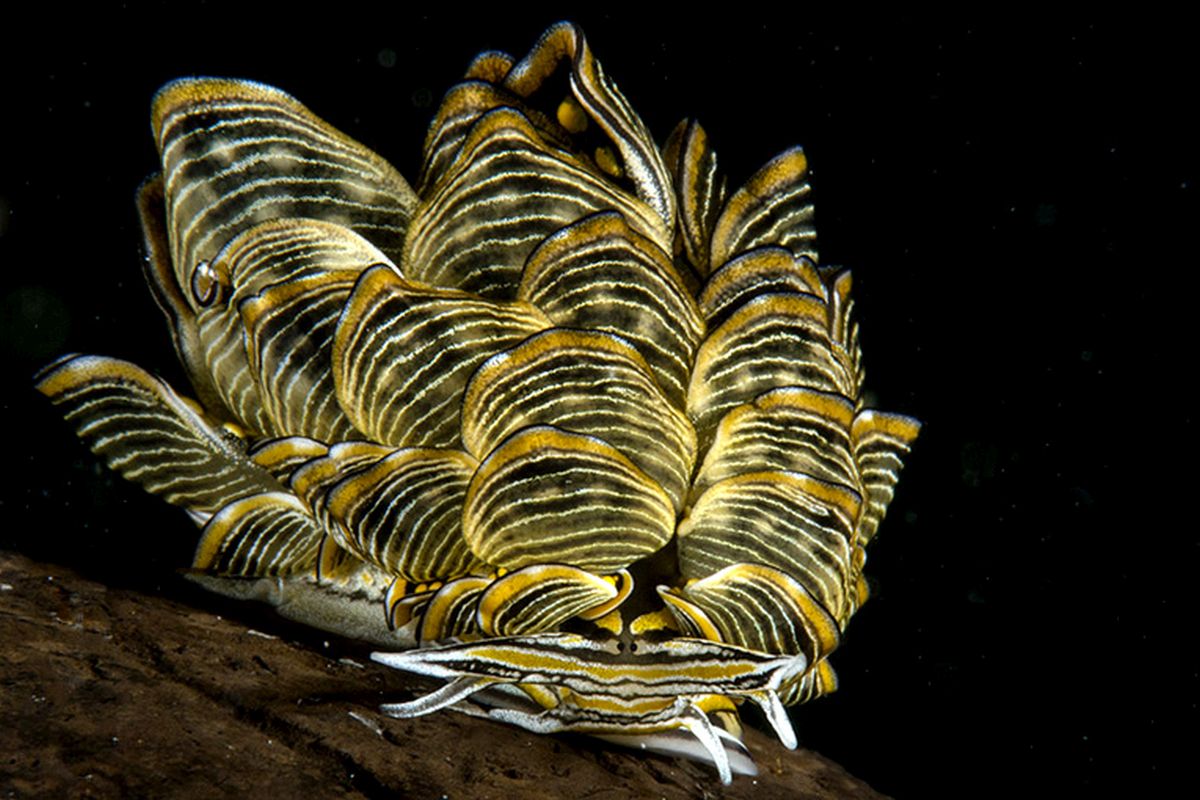 2. Cyerce nigra. Mostly known from remote locations like Alotau, New Guinea – before arriving at Romblon – to the delight of underwater photographers. 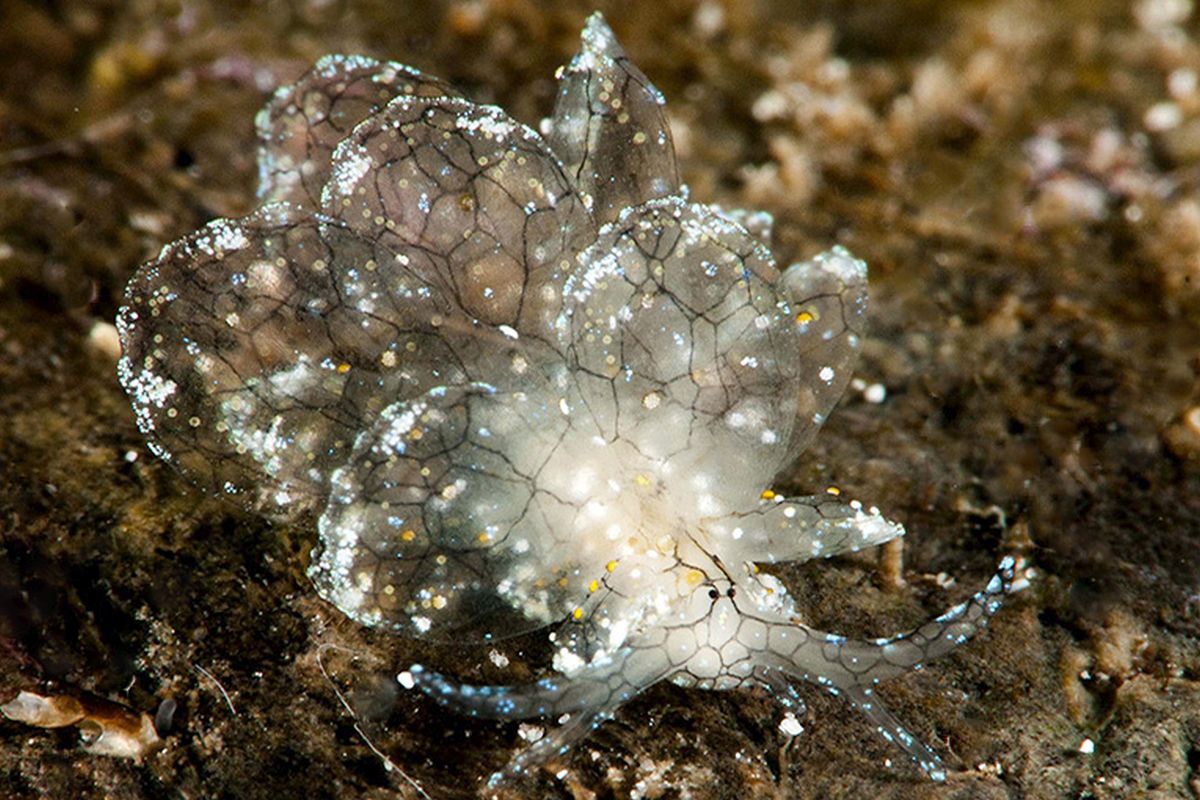 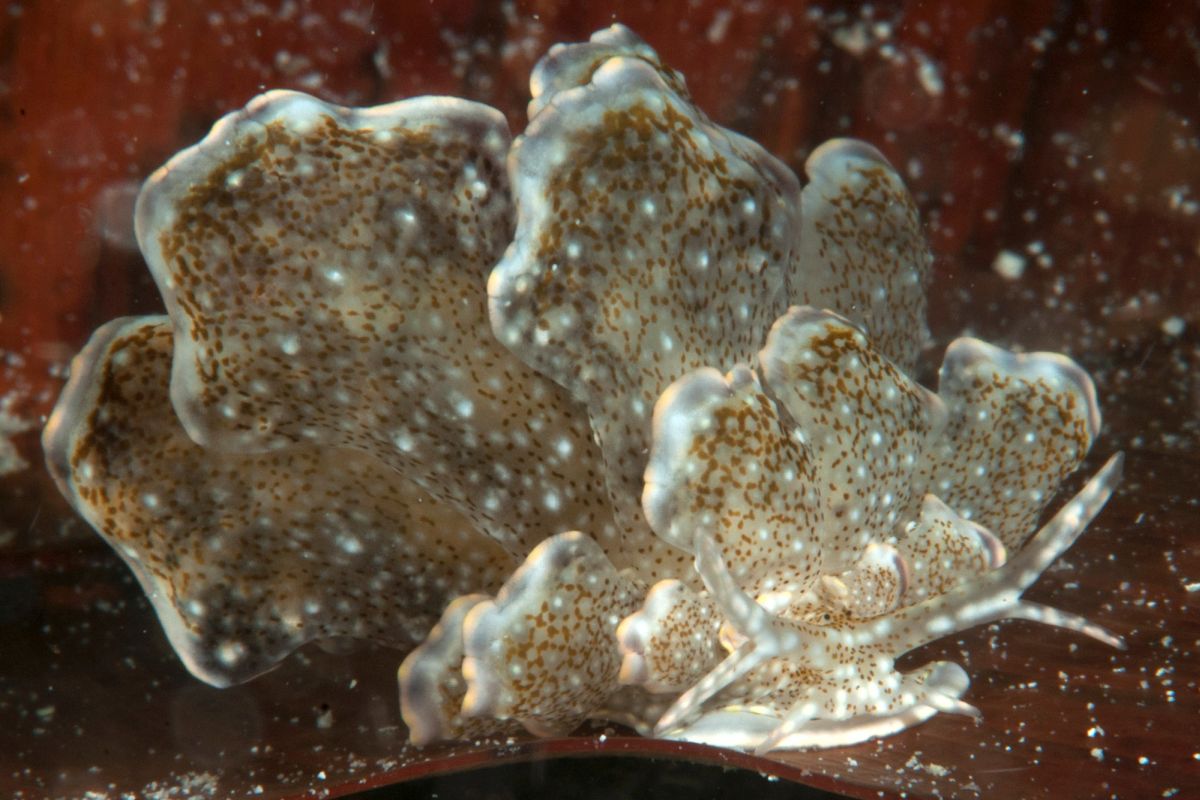 4. Cyerce sp. Known from scattered locations across Western Pacific, this sapsucking slug is moderately rare in Romblon too. 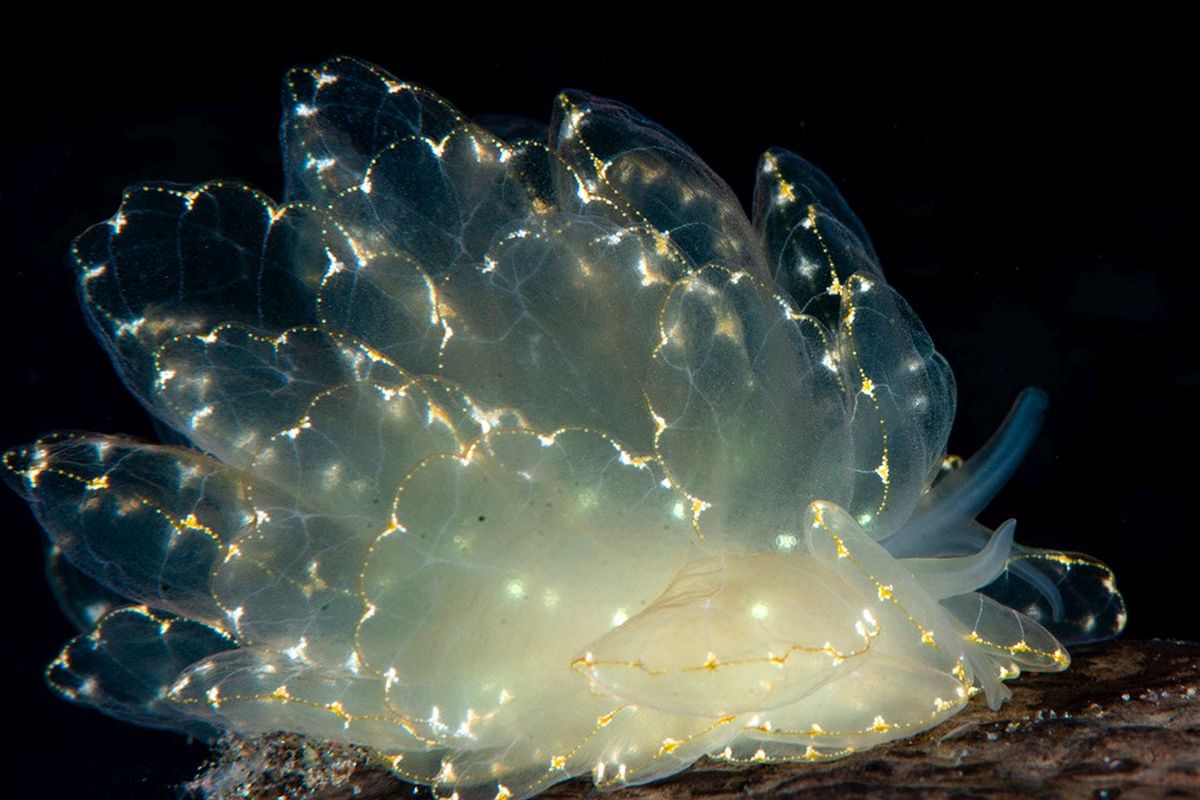 5. Cyerce elegans is relatively common in the Philippines, but perfectly completes the unique collection of Cyerce slugs that can be seen only in Romblon in a few days. 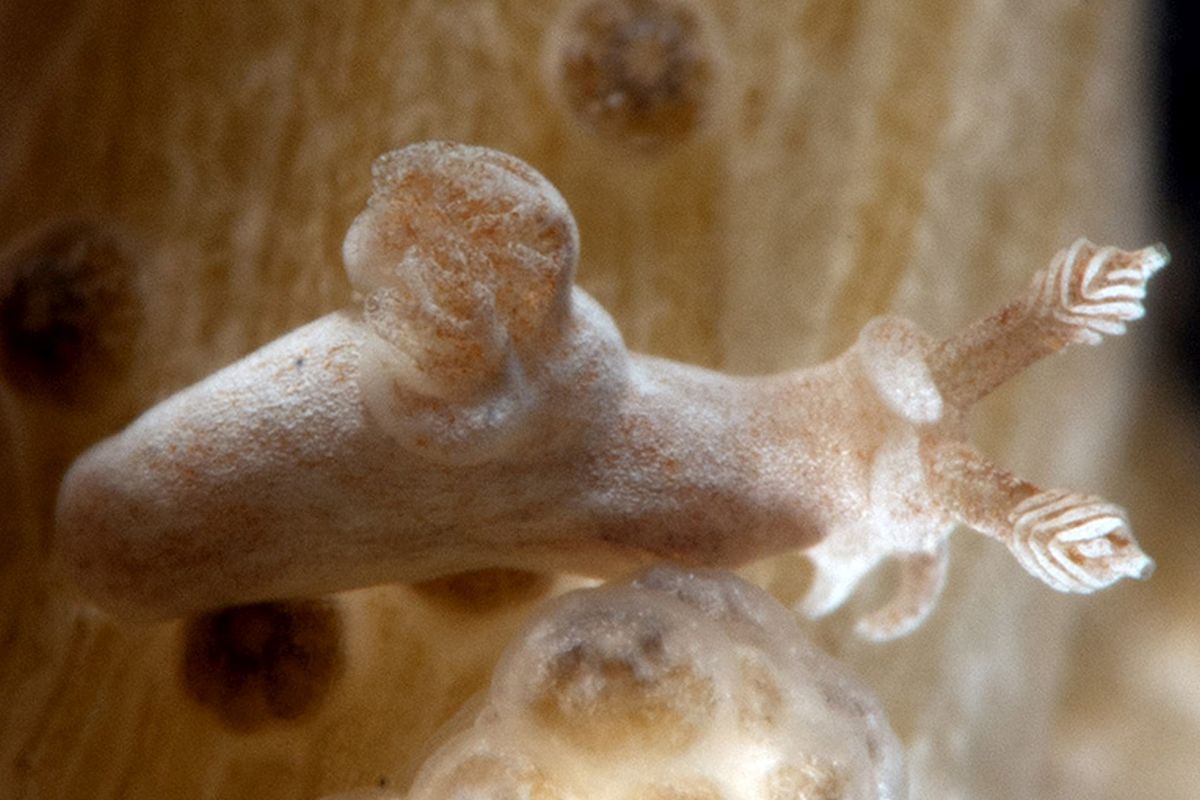 6. Trapania sp. Don’t miss this tiny and less picturesque nudibranch! It is unique as the only Trapania inhabiting soft corals, and so far was found only in Romblon. 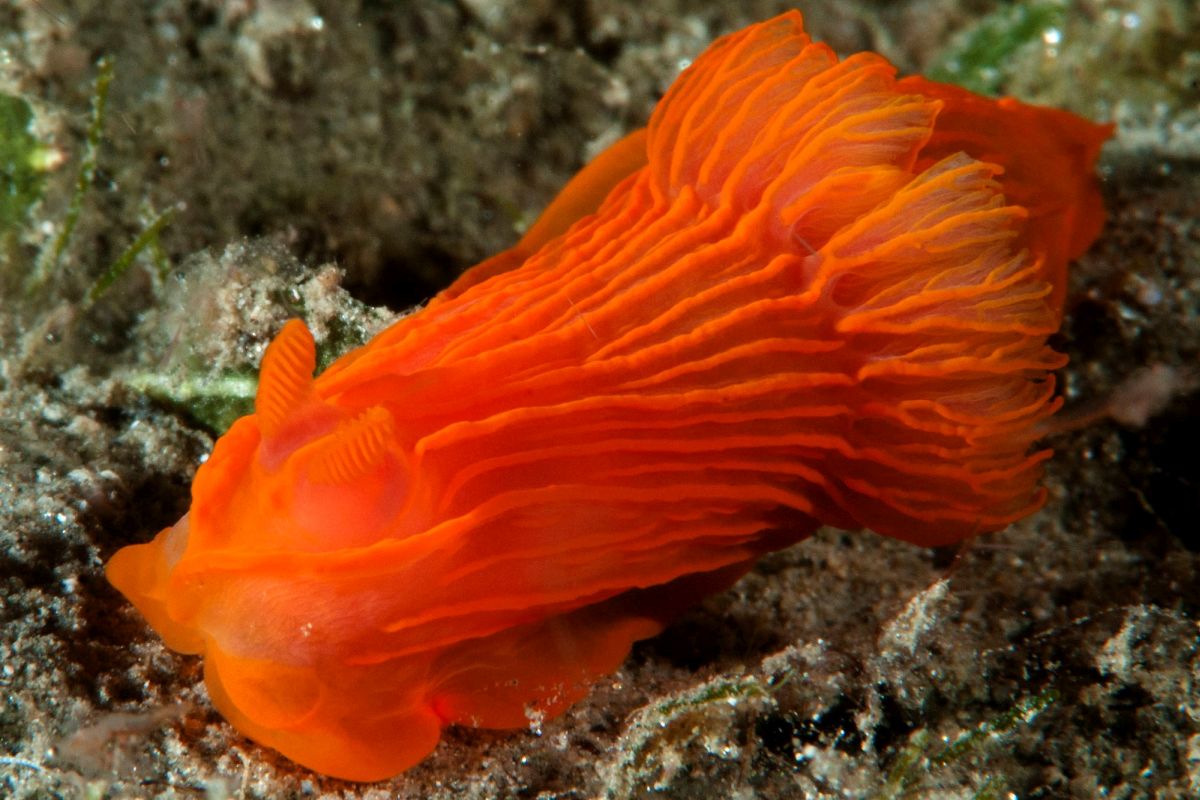 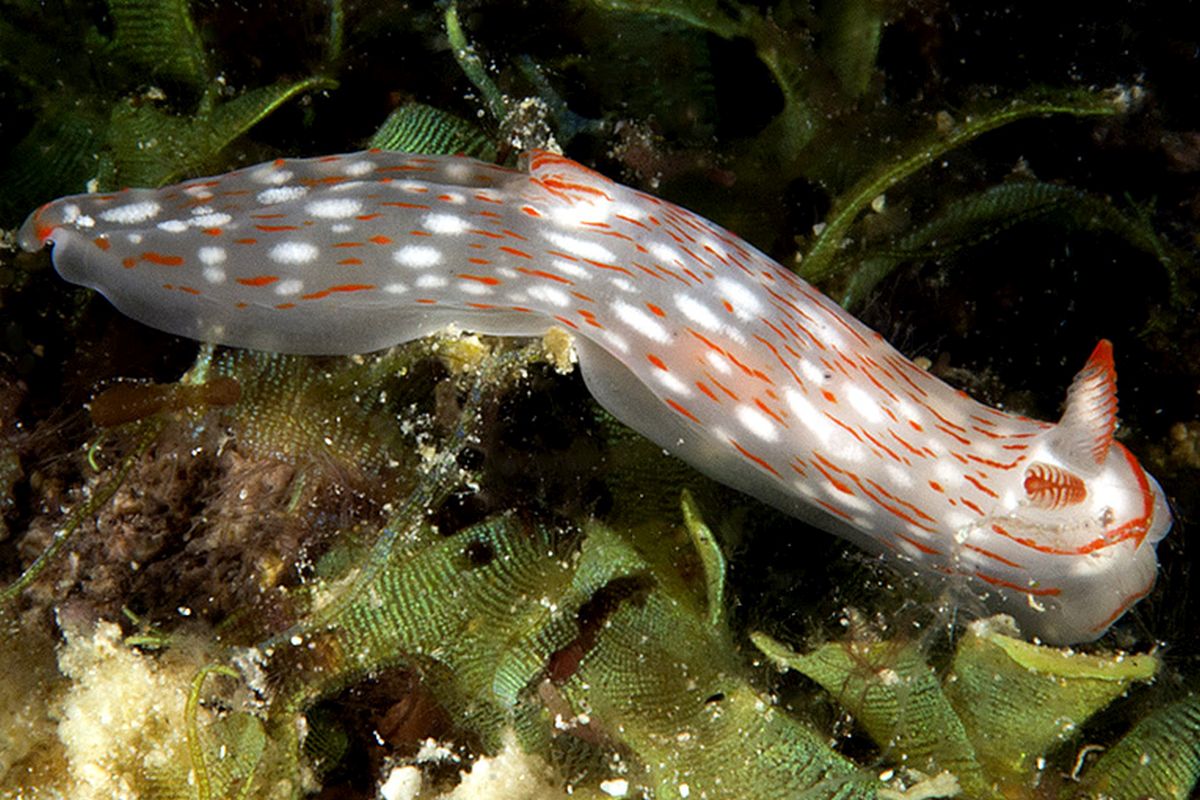 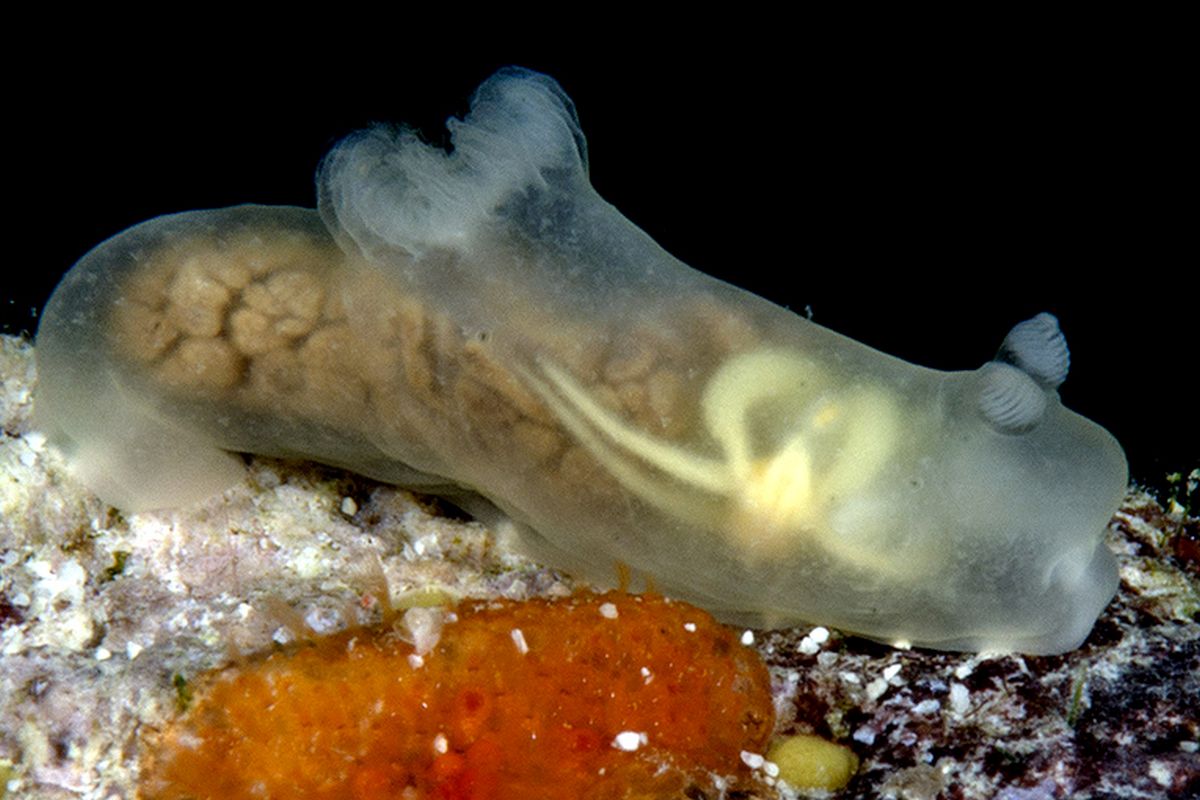 9. Gymnodoris sp. Unusual and rare, with a translucent body and clearly visible intestines. 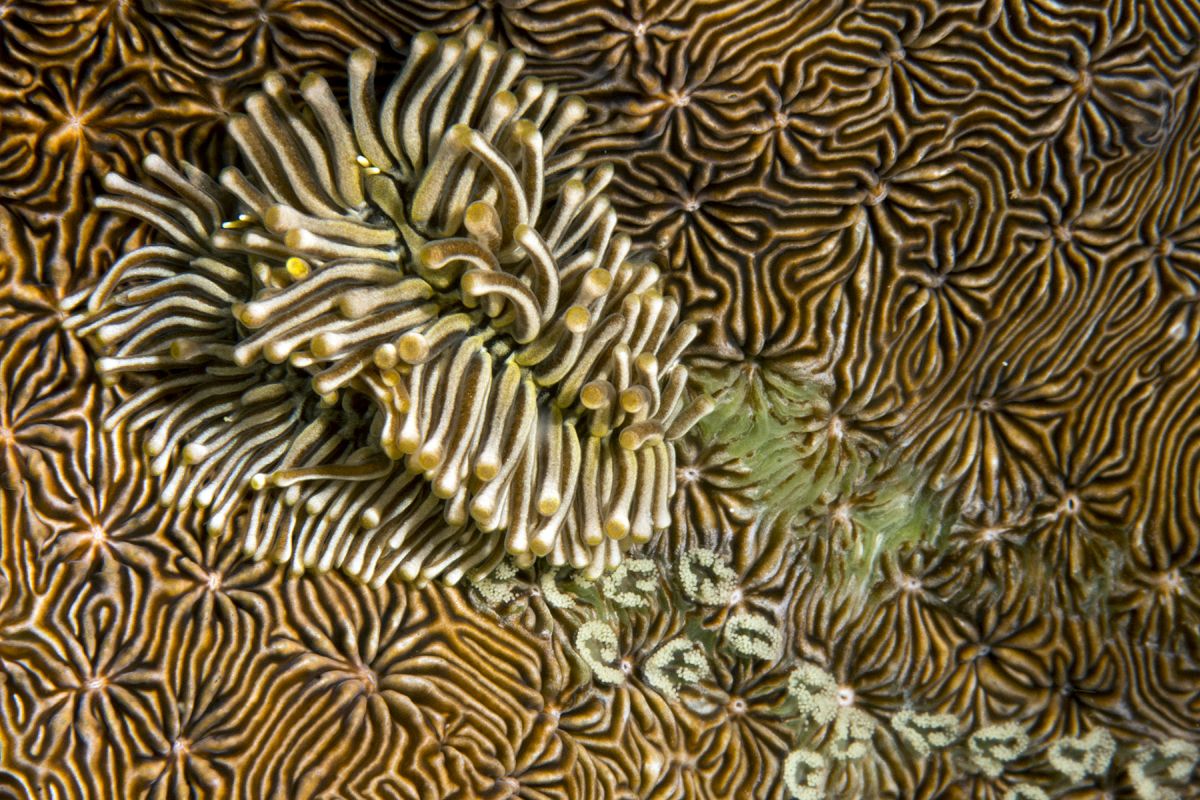 10. Phestilla viei – described in 2020. This rare and extremely cryptic nudibranch spends all his life on the stony coral, Pavona explanulata, perfectly imitating it with the shape and color of cerata. You can see two animals and eggs in the picture.

In the following publications about Romblon marine biodiversity, we will discuss other phylums of marine animals. Andrey Ryanskiy 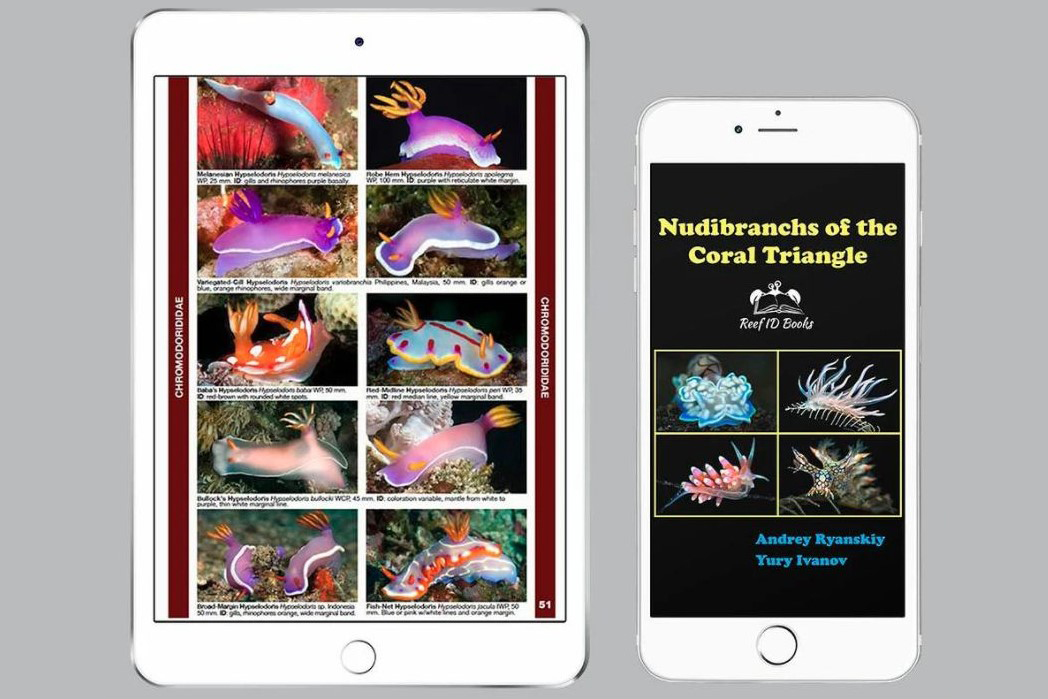 The author has done many dives in Romblon, collecting material for his series of photo guides about marine animals of the Coral Triangle and the Indo-Pacific in general: Reef ID Set at Gumroad.com

Rare Shrimps For Your Critter Wishlist

Rare Shrimps For Your Critter Wishlist